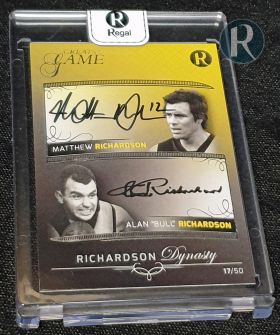 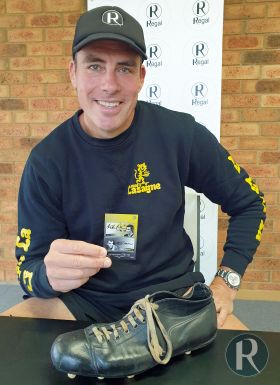 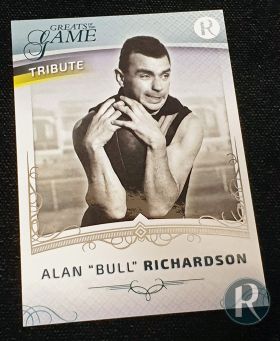 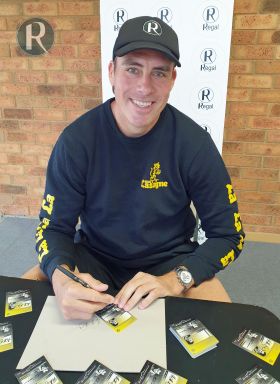 Alan "Bull" Richardson was a player highly adept at winning the hard ball and using it effectively during games. "Bull' made his league debut in the opening round of the 1959 season. In a dominant era for the football club "Bull" was able to secure a spot in the senior side as a ruck-rover which culminated in playing a key role in the club securing the 1967 premiership.

Alan played 103 senior games for the club and a further 7 games for South Melbourne in 1969-70 (110 total games). After finishing his career in Victoria, Alan moved to Tasmania and played as captain-coach for East Devonport. It was in Tasmania that son Matthew was born and played junior and senior football for the Devonport Football Club.

Under the 'Father-Son' rule in 1992 the Richmond Football Club drafted Matthew Richardson continuing the Richardson family dynasty. Debuting in 1993, Matthew proudly wore the #12 guernsey throughout his entire 282 games career at Richmond. Kicking 800 goals he was a member of the club's Team of the Century and a 2007 Best & Fairest winner, along with All-Australian Team selection in 1996, 1999 and 2008.

More recently in 2014, he was inducted into the Australian Football Hall of Fame. At Richmond both Alan and Matthew combined for a total of 385 senior football games.

Each signature card will be delivered in a One-Touch Magnetic Card holder and sealed in a foil pack. Each foil pack will also include a 2021 Greats of the Game (Update) Tribute card of Alan “Bull” Richardson.

At the same price!