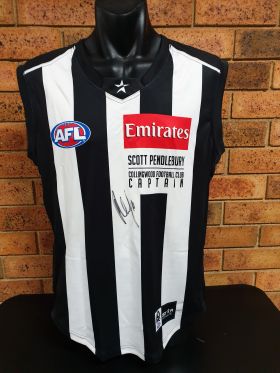 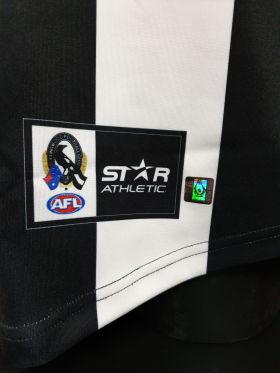 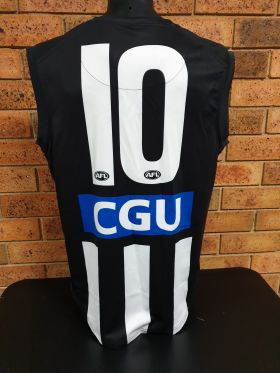 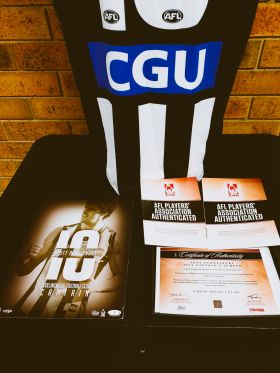 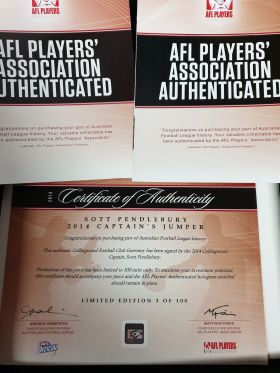 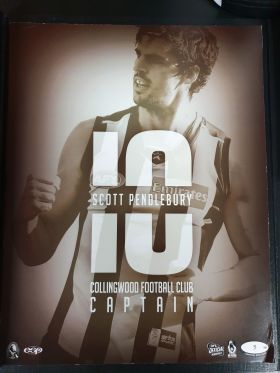 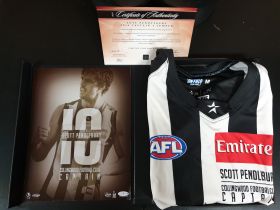 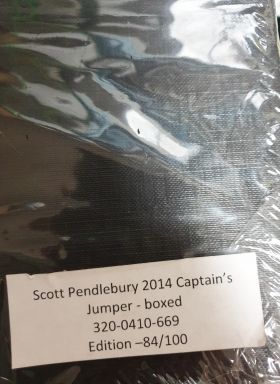 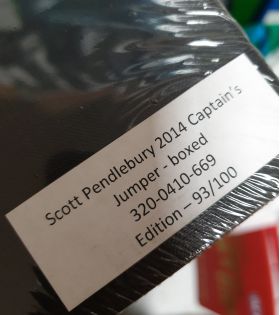 This was a special makeup guernsey for this fabulous memorabilia piece featuring a different sublimated design to the standard home/away playing guernsey. It has #10 sublimated on the rear. Each guernsey has an official hologram near the Star Athletic label and is signed in the centre on the front.

It comes in a special black leather box, with a player image on the left (when opened) along with a "Certificate of Authenticity" stating that 100 units have been produced. A rare, and difficult to piece that rarely becomes available to purchase.